The between-wars middle-class house is a first type of single-family dwellings, built after 1918. It generates a mul­titude of variations, in habitable volume and area that depend on the owner’s social status and the architectural style. Most individual houses are large (three rooms in succession, a main floor, two floors of bedrooms and an attic floor), however some more modest and smaller houses are comprised of a ground floor raised a few steps up from the street, with one bedroom floor and attics. Other houses only have two rooms in succession. The more modest houses usually occupy a narrower plot.

The middle-class house evolves in the between-wars period, while most of the time conserving a plot similar to that of the end of the 19th century and an organisation in hermetic closed islands, the individual charac­ter of the house, an almost identical scale (limited height, façade width, construction among neighbours) and certain major principles of spatial organisation of the house of the end of the 19th century, like the succession of living rooms, longitudinal and transversal divisions, etc. However, the middle-class house is influenced by the various architectural currents (Art Nouveau, Art Deco, Moder­nism), by the disappearance of domestic workers, by the appearance of new technologies, new materials (concrete, steel) and construction processes and the appearance of the automo­bile. Garage construction spreads, either on the ground floor or in a semi-basement. The kitchen migrates from the cellars (end of the 19th century) to the main or ground floor, adjacent to the dining room.

Based on the land registry table No. 212AM (situation at 01.01.2012), between-wars middle-class houses represent around 35% of the pre-1945 Brussels housing stock. Forty percent of these houses have been, since their construction, converted into multi-family dwellings.

Between-wars middle-class houses can be classed in four size categories. According to the analysis of the Brussels housing stock carried out on the basis of the land registry table No. 212AM, the share of houses (see Figure 1): 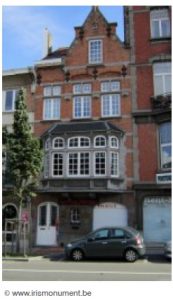 Figure 3: Between-wars middle-class house, with set-back area on the street side, Kapucijnbloemenlaan, Schaarbeek 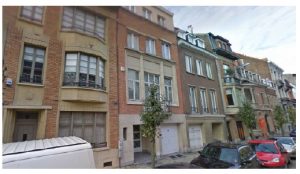 Download the explanatory sheet on the between-wars middle-class house (types 5a, 5b, 5c, 5d) with a general description, information on urban situation and scale, a description of main characteristics (spatial organisation, circulation and stairs, construction system, façades and materials and equipment and technologies) and two example cases. ENGLISH NEDERLANDS FRANCAIS

In the following paragraphs, a short description of the characteristics of the between-wars middle-class house is given.

Two layouts in relation to the public space can be envisaged:

Two spatial organisations can be envisaged according to the owner’s social status:

The composition of the street façade as well as the materials evolve according to the different styles: from 1920 to 1930 mainly the styles of Beaux Arts, Eclecticism and Art Deco and after 1930, the Modernist style. However, in almost all the compositions of the street façade there are: two or three spans, a bluestone plinth, a composition of bricks, quarry stone and rendering, the presence of a bow-window on the main floor or the floor of the main bedrooms, decorative elements in ironwork and wooden cornices. The sloping roof disappears to make way for a flat roof (pseudo-mansard) while keeping the cornice and one or several fanlights.

Most middle-class houses built after 1918 are equipped with central heating, drinking water, gas and electricity supplies, a drainage system and a rainwater tank.